The Festivals of India : : Calendar

Remember 'The festivals of India' post? This is the detailed post of the same. Its a calender I have designed for a client 'Tricolite' who manufactures and supplies big electric machines for big scale companies. The theme which they decided this year was 'festivals of India'–different festivals celebrated in different parts of India in different months.
We decided to use calligraphy. Not only for lettering but explored the forms and graphics with calligraphy techniques. Basically all the graphics were made with strokes. It was a challenging experience in terms of creating 'imagery' with such constrains. With lots of experiments with nib thicknesses and dirtying hands and papers, finally we were ready with sets of graphics related to 12 festivals. Later it digitally scanned, composed and colour corrected.

Here is the cover: 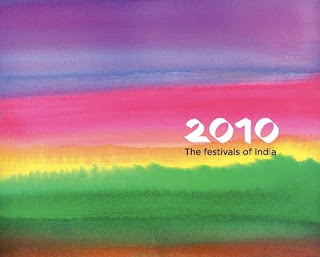 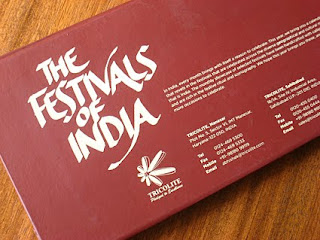 We were actually running behind the time. The calenders should have reached the customers by mid of January. Because of some production hiccups we managed to deliver it by end of February. Hence the calender starts with April 2010 and ends with March 2011. Here are some glimpses of months/festivals. 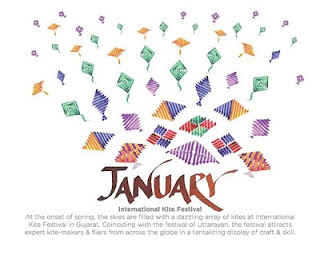 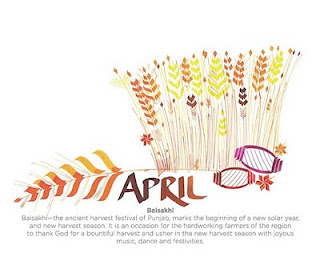 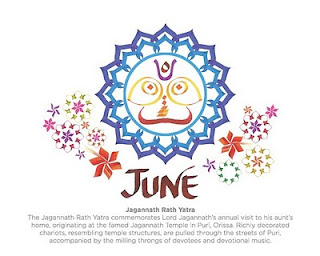 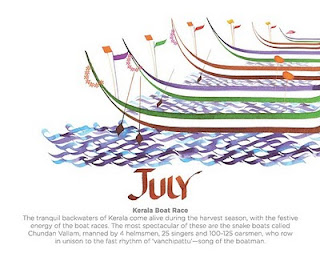 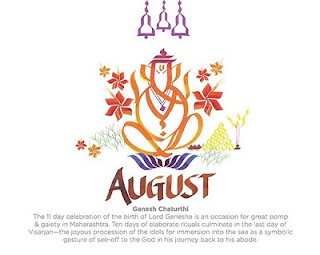 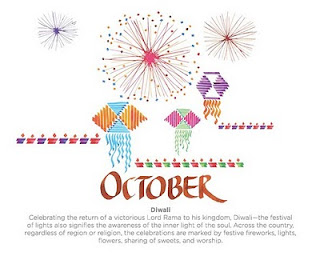 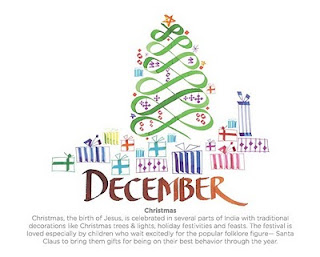 This project was an experience! I was going through a severe pain, had a major dental surgery which became very complicated and was absolutely bed ridden for 5 days, couldn't open my mouth and move anywhere. This calligraphy came as savior. I have to be forcefully at home. D told me about this calender and was desperately in mood to do what I really like.
Actually this calligraphy worked as the best remedy for me to recover fast :)
This is how it looks as a spread:

Close up of forms and inks and texture: 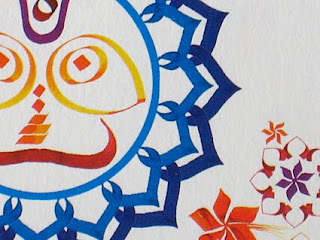 Client as well as their customers were really happy to receive this 'piece'. Thanks Meera, Ayush and Dahiya and Mohor. Photocredits: Maithili Doshi.
Posted by nikheel at 2:36 PM 11 comments: Links to this post

All images and text © Nikheel Aphale (credit is given if I showed someone's work) Do not borrow or steal, its not a good practice :)

nikheel
Currently New Delhi, India
I was interested in art and lettering since childhood. My teachers all agreed my handwriting was not only readable but beautiful and nice. So in school I was the permanent member to write daily quotes, common area instructions and notice boards. After 10th class I enrolled in an art school to become a commercial artist. There i was exposed to Calligraphy and Typography where my love for letters bloomed. We were taught our local script Devnagri as well as the Roman. My work reflects the image-centric visual abstraction of letterforms, where legibility often plays a secondary role. I like to explore compositions of letters and expose their hidden beauty through interesting forms, spaces and surfaces with the help of unconventional tools and techniques. I graduated in Applied Arts from L.S. Raheja School of Arts, Mumbai, followed by post graduation in Graphic Design from the National Institute of Design, Ahmedabad. I currently work as an independent graphic designer and calligrapher in Delhi. I religiously collect macthboxes, vintage stuff, plain notebooks, alphabets & textiles also A truly Bollywood devotee, foodie and avid traveler.

Any kind of calligraphy and graphic design services, get in touch with me on anikheel@gmail.com
(logos, book designs, book covers, invitations, calendars, name plates, place cards, paintings, any innovations and experiments you think of...lets have a chat!